x
Meet the members of the Concert Band > Chamber Groups > 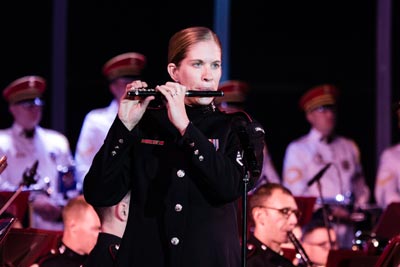 Comprised of graduates from America's finest music schools, the West Point Concert Band is a versatile ensemble that continues to entertain and inspire audiences through innovative programming and world-class performance  in concert and ceremonial settings. The ensemble can be heard around the Greater Hudson Valley, New York City, and throughout the United States. Its storied history features performances for U.S. Presidents, heads of state, and foreign dignitaries. The band is regularly invited to participate in high-profile events in the New York metropolitan area at locations such as Yankee Stadium, MetLife Stadium, and the Statue of Liberty 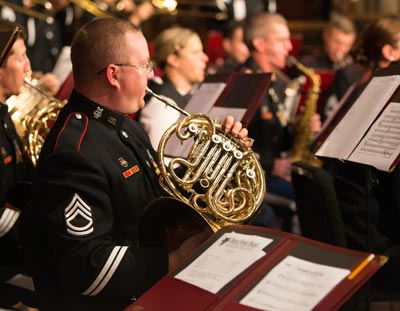 The Concert Band has performed at major venues including David Geffen Hall, Carnegie Hall, Lincoln Center, Tanglewood, and the Meyerson Symphony Center. The band has been showcased with the New York Philharmonic, continuing a long-standing collaboration between the United States Army’s oldest band and America’s oldest orchestra. It also maintains a close association with the New York Yankees, utilizing the full performing ensemble and chamber groups for high-profile games. Members of the Concert Band have also been featured on the History Channel, Fox News, CNN, ESPN, and the NBC Macy's Fourth of July Fireworks. As performers and educators, the musicians of the West Point Band continue to present provocative performances while providing the Corps of Cadets with a piece of living history.