The West Point Brass Quintet is the ceremonial brass quintet for the West Point Band. The quintet provides support for West Point ceremonies as well as other outreach events throughout the greater New York City area. 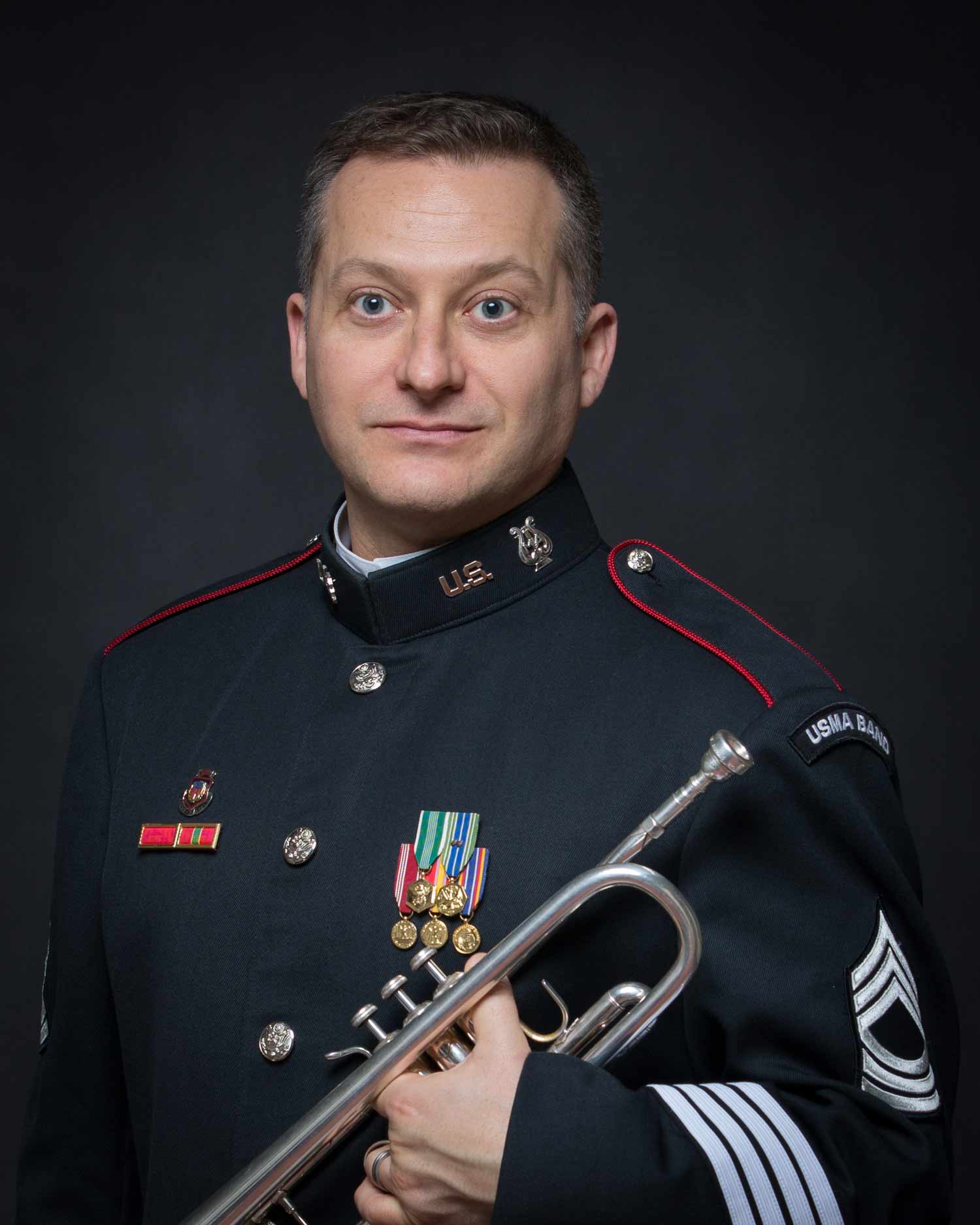 Master Sergeant Joshua Economy is from Old Orchard Beach, Maine. Prior to joining the West Point Band in 2006, he was an avid freelancer in the Los Angeles metropolitan area, participating in jazz festivals and recording albums in various genres. In 2005, he was a finalist at the Long Beach Jazz Festival New Artist Competition. He earned a Bachelor of Arts from the University of New Hampshire in 1999, where he studied with Dr. Robert Stibler. In 2002, he completed his Master of Music in jazz studies at the New England Conservatory, where he studied with George Garzone, Bob Brookmeyer, and John McNeil. Master Sergeant Economy was a featured soloist on Will Street's album Seven Colors of Love and can also be heard on Ayn Inserto Jazz Orchestra's Clairvoyance, featuring Bob Brookmeyer and George Garzone. He has performed with Lewis Nash, Dave Liebman, and Clark Terry. 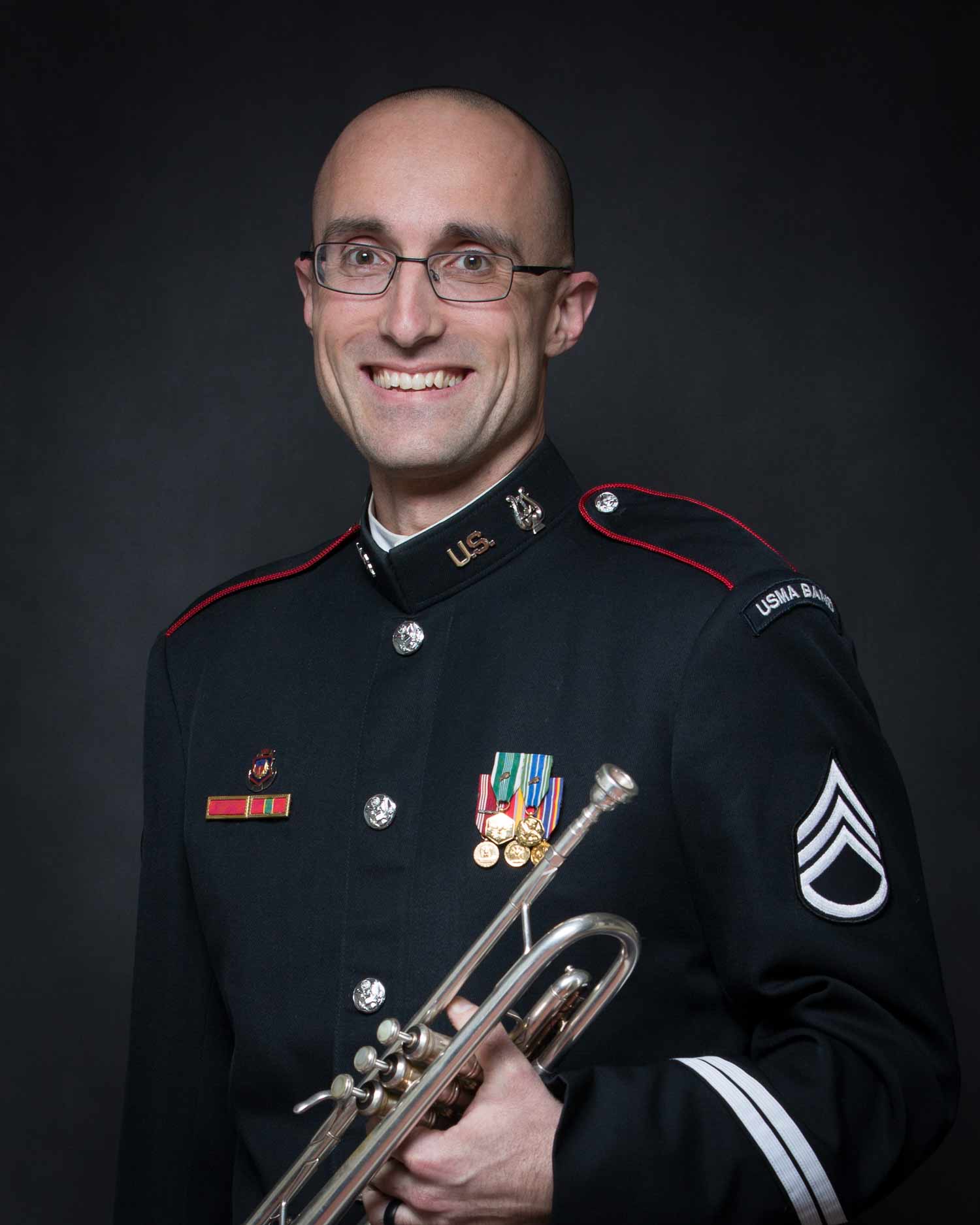 Staff Sergeant Bryan McKinney, originally from Belleview, Missouri, attended Northwestern University for his undergraduate and graduate studies. He earned his dual Bachelor of Music in music education and trumpet performance and Master of Music in trumpet performance. After his studies, he won a two-year position with the Chicago Civic Orchestra and had the pleasure of working with the conductors Bernard Haitink and Pierre Boulez. While there, he studied with Adolf Herseth and Christopher Martin. Prior to joining the Hellcats in 2010, Staff Sergeant McKinney freelanced with many of the Chicago local orchestras and taught at St. Xavier University in Chicago. 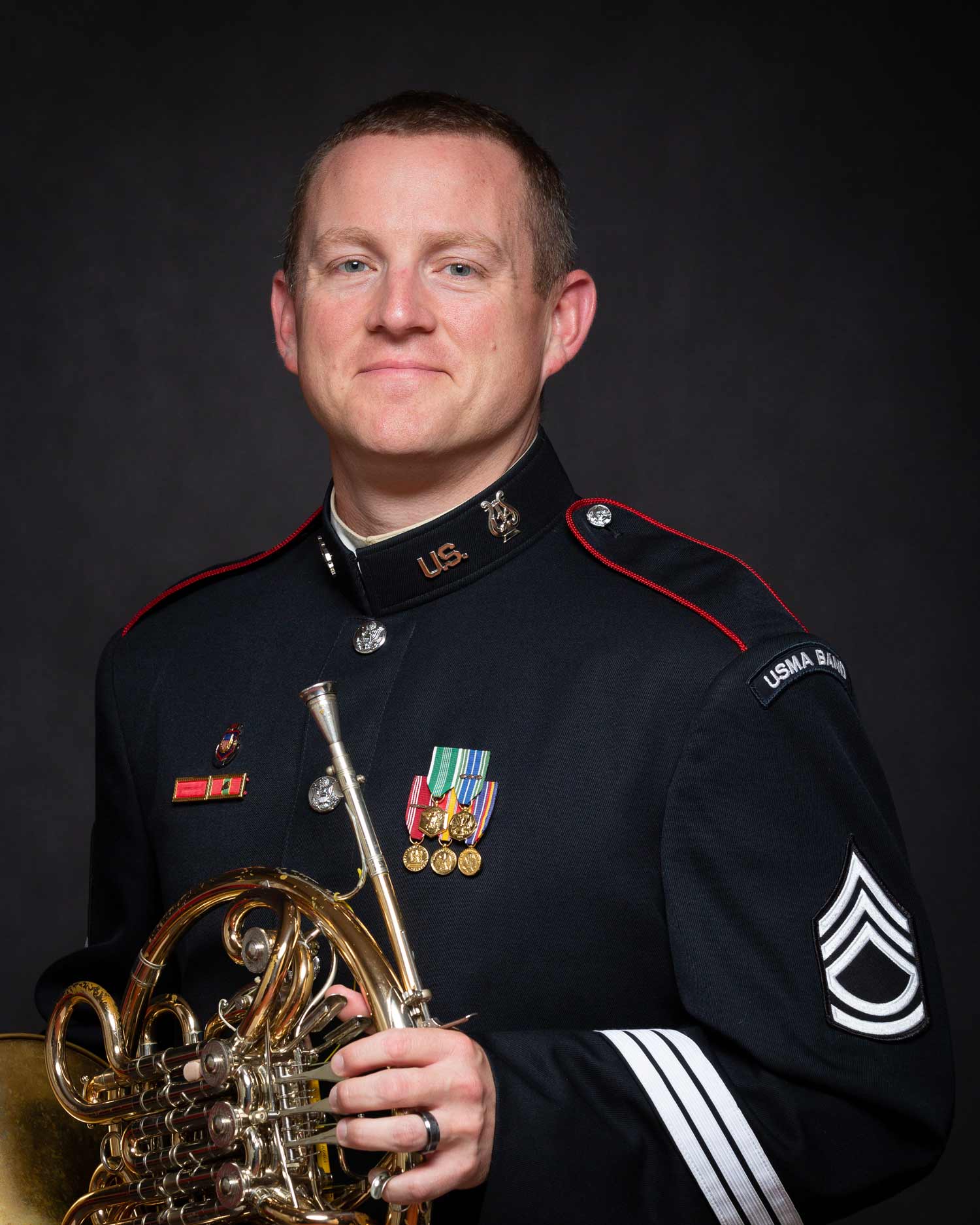 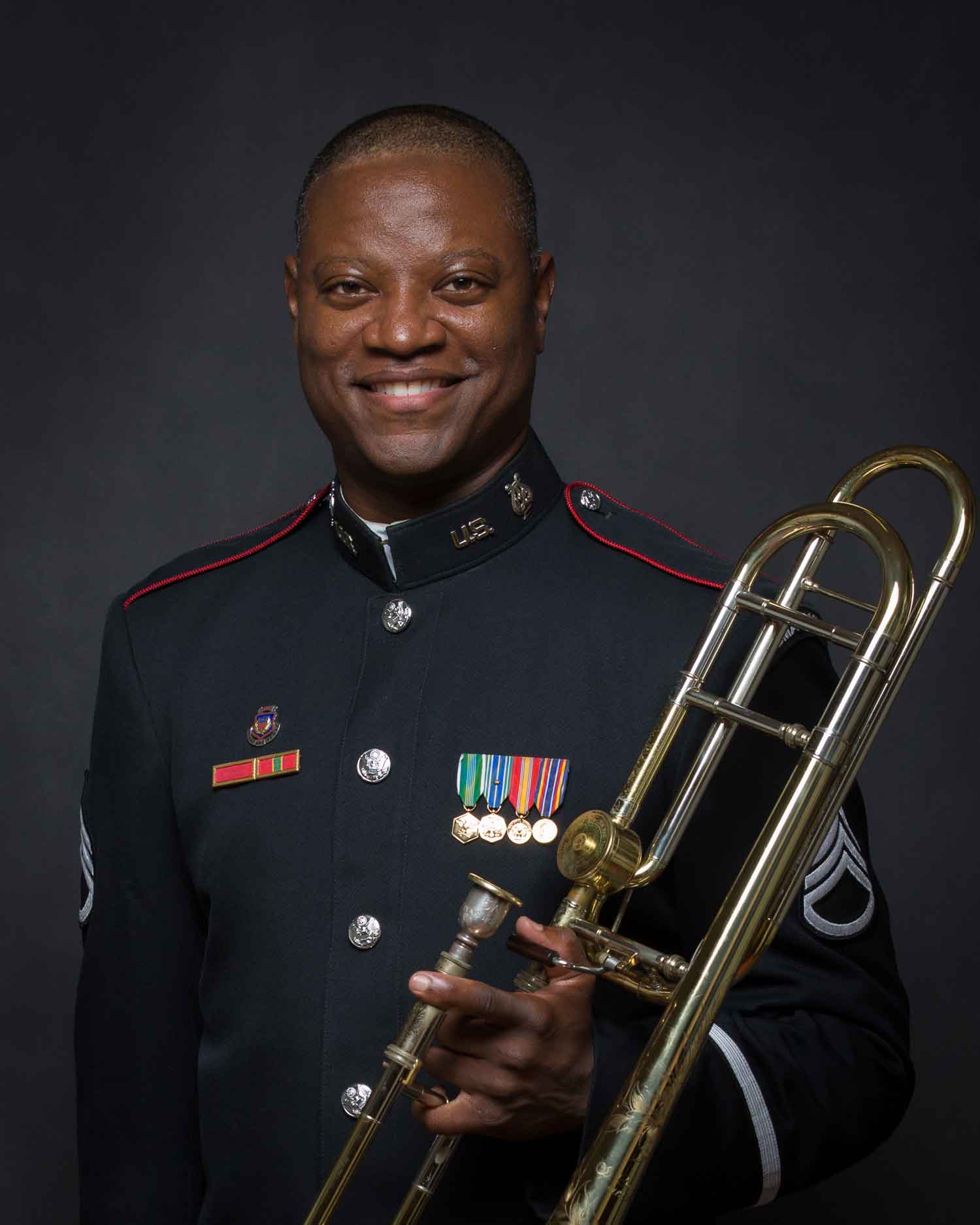 Originally from Jacksonville, Florida, Staff Sergeant Barry Cooper moved to New York shortly after graduating high school to attend the New School University, where he studied under jazz master Benny Powell. Shortly thereafter, Staff Sergeant Cooper became a regular touring member of the Duke Ellington Orchestra, performed on Sunday nights at Birdland with the Chico O’Farrill Afro-Cuban Orchestra, and had many other performances with other bands around New York City. Clark Terry was also very helpful to Staff Sergeant Cooper, inviting him to perform with a very young band he put together called “The Young Titans of Jazz.” Terry invited him to record in Bern, Switzerland, and as part of a live DVD in Birdland in New York City. While on tour with Terry in Switzerland, Staff Sergeant Cooper met the members of the Count Basie Orchestra and was invited to join. Since then, he has performed all over the world, playing in concert halls such as Carnegie Hall, Jazz at Lincoln Center in New York City, and Bunkyo Civic Hall in Japan. He has played with Tony Bennett, Nancy Wilson, Dianne Reeves, Liz Wright, Dianne Schuur, Manhattan Transfer, New York Voices, Jon Hendricks, and the Charles Tolliver Orchestra, to name a few.

Master Sergeant Shane Pettit, from Easton, Pennsylvania, joined the West Point Band in September of 2007. He holds a Bachelor of Fine Arts in tuba performance from Temple University. Prior to joining the Army Band Program, Master Sergeant Pettit was an active freelance tubist as well as a full-time repair technician in the Philadelphia area. He apprenticed under Ed Coles of Regional Music Service in Millville, New Jersey, and was a journeyman repair technician under Bret Gustafson of Gustafson Music in Philadelphia. Prior to joining the West Point Band, Master Sergeant Pettit served with the 2nd Infantry Division Band in Korea and was also an instrument repair technician at the Armed Forces School of Music, Little Creek, Virginia. He most recently served as tuba instructor at the Armed Forces School of Music.