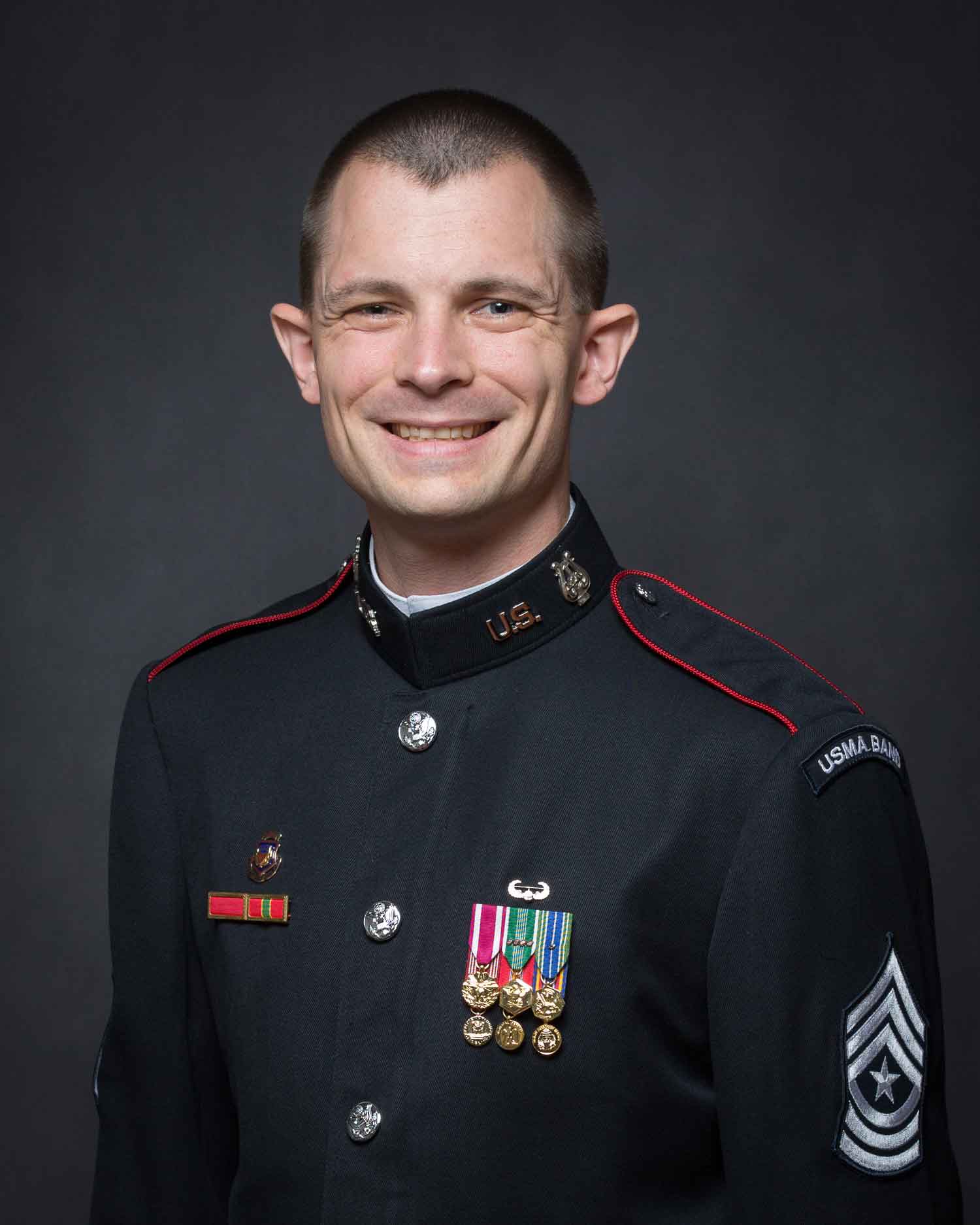 Sergeant Major Jeremy Schlegel, from Hanover Township, Pennsylvania, joined the West Point Band in August of 2008. He earned his Bachelor of Music in trumpet performance and music education from Ithaca College in Ithaca, New York. In 2012, he was awarded a Master of Public Administration from John Jay College in New York, New York, with a concentration in human resources management, and is a member of the Adjutant General Corps Regimental Association. He recently earned the Professional in Human Resources Certification through the Human Resources Certification Institute.

Sergeant Major Schlegel began his enlisted career in August of 2005. Prior to his assignment at West Point, Sergeant Major Schlegel was assigned to the U.S. Army Medical Command Band at Fort Sam Houston, Texas, where he served as the personnel and administration branch chief and performed as principal trumpet in the Concert Band, Jazz Combo, and Rock Band. Sergeant Major Schlegel earned his Black Belt in Lean Six Sigma (Process Improvement) in 2016, and is actively involved in building the process improvement community at West Point. He also volunteers with local community organizations such as Higher Ground Men's Group, Men of St. Joseph, and the Most Holy Trinity Catholic Choir. 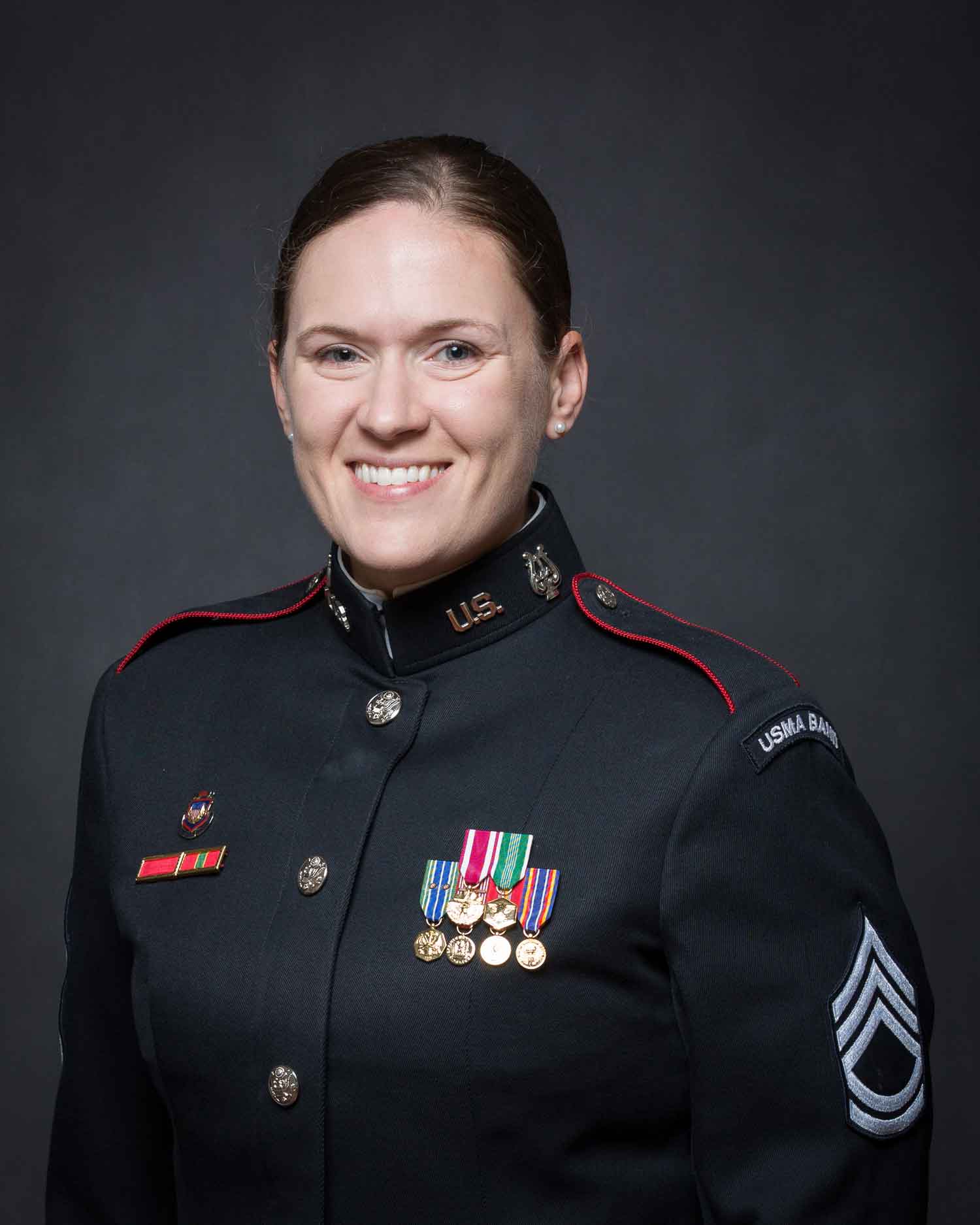 Master Sergeant Brandie Lane of Columbia, South Carolina, joined the West Point Band in October of 2010. Her education includes a Bachelor of Science in Music Engineering Technology from the University of Miami in Coral Gables, Florida, and a Master of Arts in Management and Leadership from Webster University in St. Louis, Missouri. Prior to joining the band, Master Sergeant Lane served as head audio engineer at Grammy Award-winning Sono Luminus, a record label in Northern Virginia specializing in classical and jazz music. Her accolades include a Grammy Award for "Best Engineered Album - Classical," engineering and mastering credits on multiple Grammy-nominated albums, an "Award of Excellence" from the Audio Engineering High Resolution Recording Competition, and a Downbeat Award for "Best Engineering for a Live Recording." Master Sergeant Lane's professional affiliations include membership with the Audio Engineering Society and voting membership with The Recording Academy (Producers and Engineers Wing).

Master Sergeant Carla Loy Song became a member of the West Point Band in 2007. Before joining the band, she served as an adjunct faculty member of the University of Maryland School of Music, where she also earned her Master of Music in trumpet performance. She received a Bachelor of Music Education from Indiana University, where she studied both trumpet and voice. Master Sergeant Loy Song has played in the Concert Band and Jazz Knights trumpet sections, was a founding member and lead singer of the Benny Havens Band, and is now a member of the Support Staff. She has served as Operations NCOIC since 2017.

Her favorite moments in uniform include singing for the President of the United States at a West Point Graduation, singing the National Anthem at a New England Patriots game, and singing with The Roots on NBC’s The Tonight Show with Jimmy Fallon. In her free time, she enjoys spending time with her husband and two incredible sons. 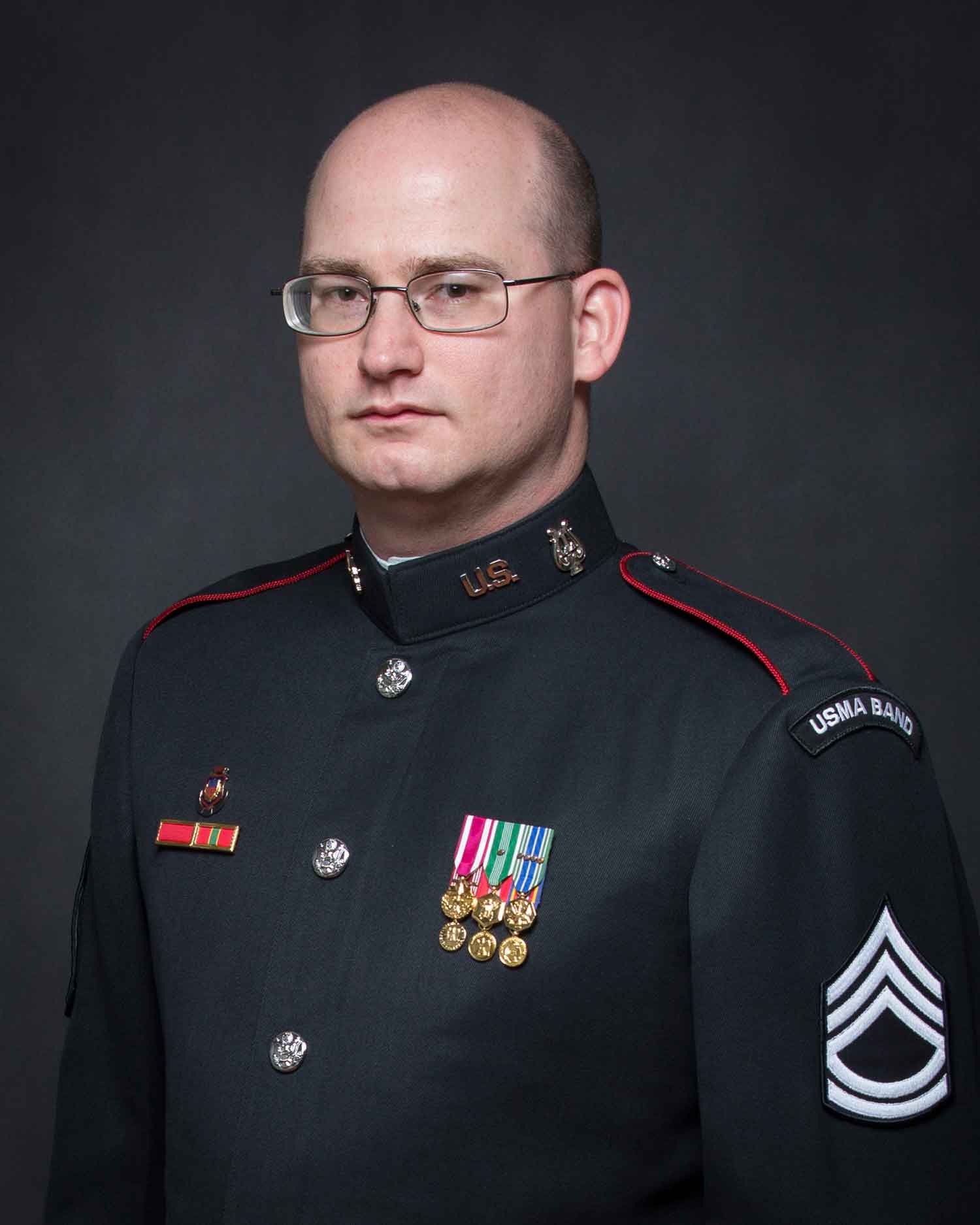 Staff Sergeant Paul Hadwiger, from Kirksville, Missouri, joined the West Point Band in July of 2018. He previously served in the 282nd Army Band at Fort Jackson as head light designer and percussionist, performing in the Jazz Combo, Rock Band, and Concert Band. Prior to serving in the Army, he was a high school percussion instructor and earned a Bachelor of Arts in music from Truman State University in Missouri.

Staff Sergeant Chrissy Rivers joined the West Point Band in September of 2010. She earned a Bachelor of Fine Arts in graphic design from the School of Visual Arts in New York City. She has always been passionate about how music and design can bring people together. Prior to joining the West Point Band, Staff Sergeant Rivers interned at Billboard Magazine and Knopf Publishing. She created a public event called "Play Day," which received press from Time Out New York, Gothamist, and various other New York City media outlets. She has also worked as a freelance designer for local musicians and events. 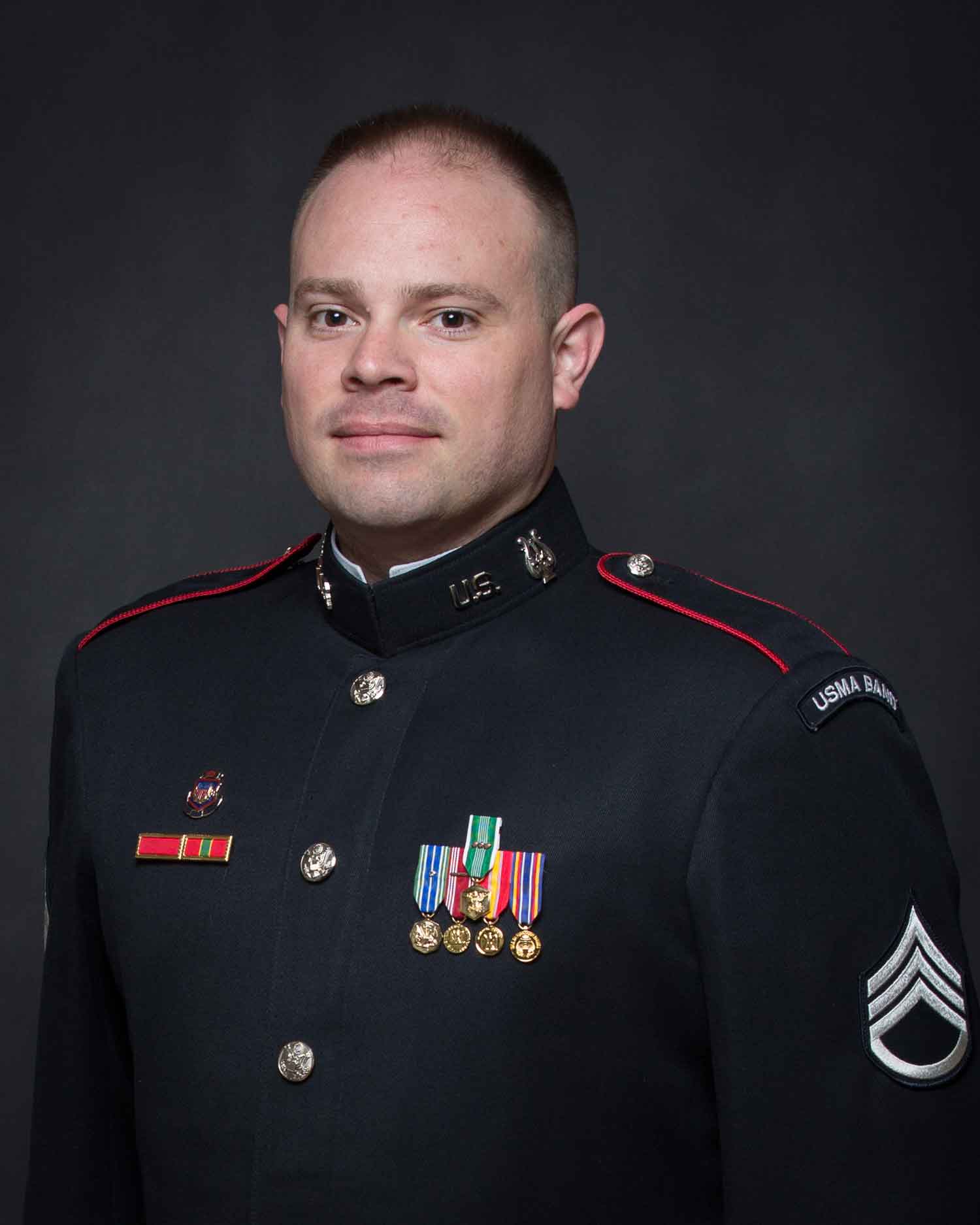 Staff Sergeant Noah D. Taylor of Columbus, Ohio, joined the West Point Band in May of 2015. He previously served as Music Arranger and NCOIC of Sound, Staging, and Lighting at the 113th Army Band "Dragoons" in Fort Knox, Kentucky. Staff Sergeant Taylor also served as a trombone player with the 323d Army Band "Fort Sam's Own" at Fort Sam Houston.