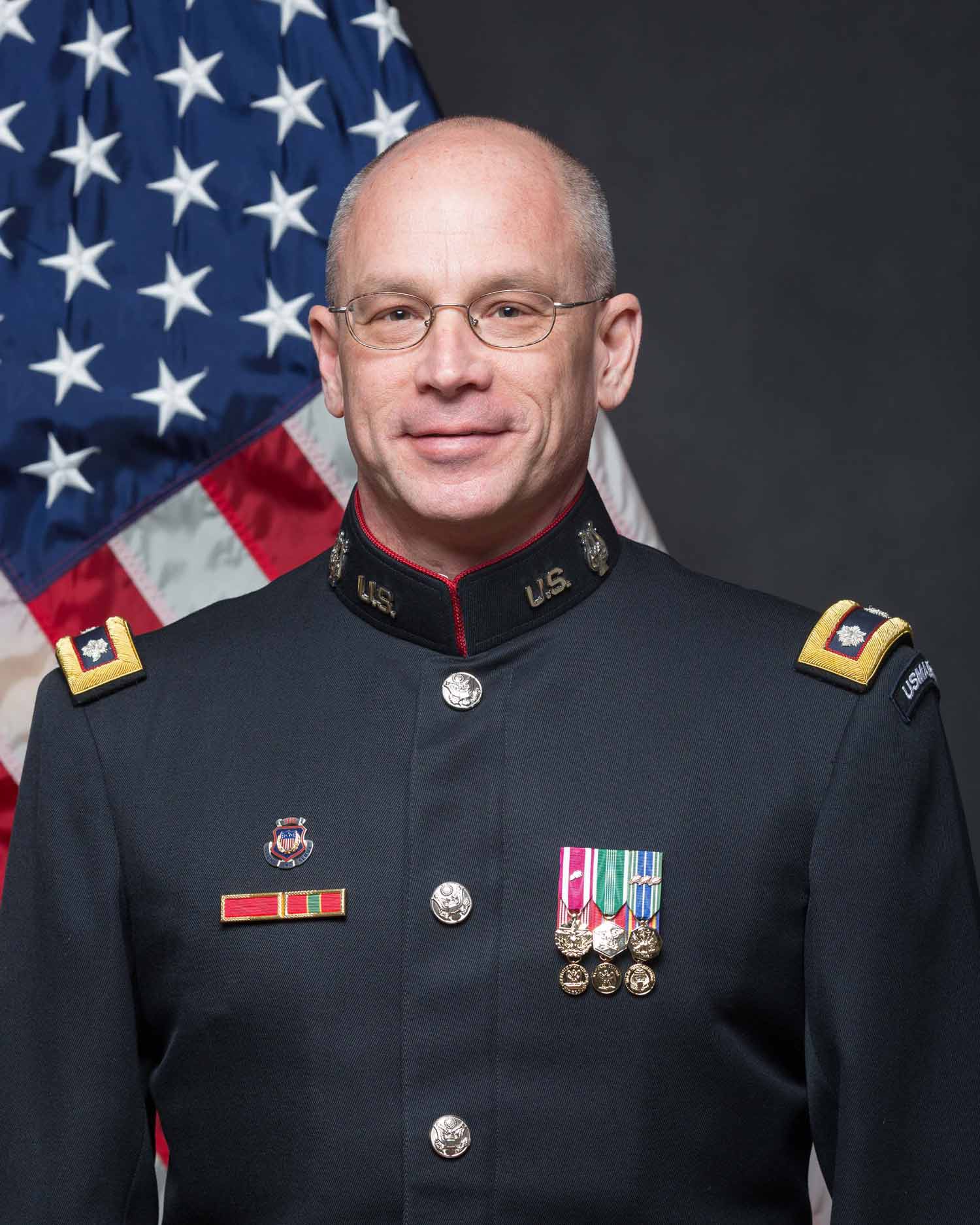 Previous assignments include the United States Army School of Music in Virginia Beach, Virginia, where he was School Company Commander, Director of Training and Officer Course Instructor. While at the Army School of Music, Lieutenant Colonel Addison designed and instructed the first Band Commissioned Officer courses and was responsible for all other training including that of Army Band Soldiers’ Advanced Individual Training, Noncommissioned Officers and Warrant Officers for the entire Army Band Program. Lieutenant Colonel Addison also supervised the deconsolidation and complete redesign of Advanced Individual Training from a 65-year-old Navy course of instruction. Prior assignments include Commander, The United States Army Training and Doctrine Command Band; Deputy Commander of The United States Military Academy Band at West Point, New York; and Executive Officer of The Continental Army Band at Ft. Monroe, Virginia. 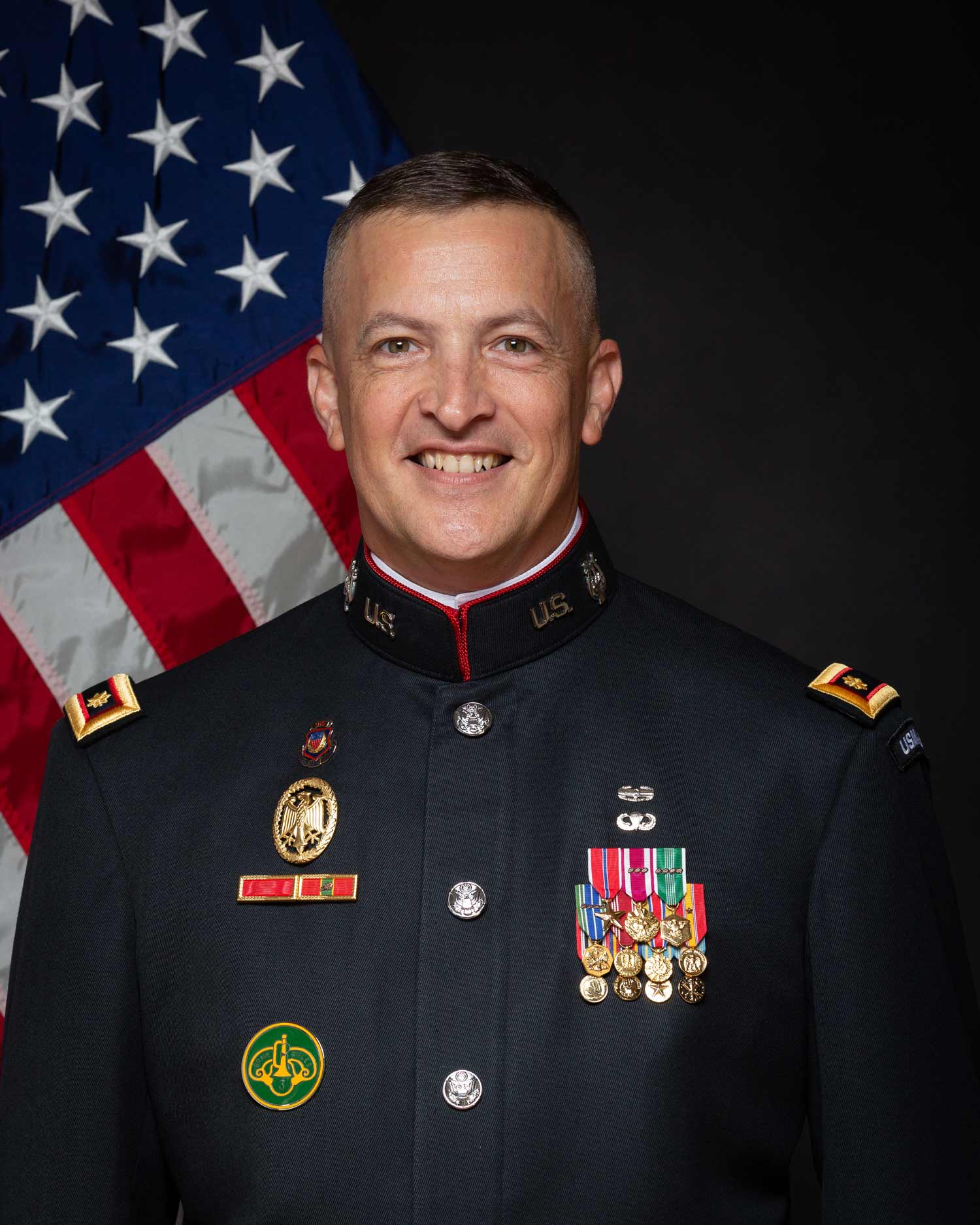 Major Bryan Ralls, a native of Placentia, California, currently serves as the Deputy Commander of the West Point Band. He assumed his current position in June of 2019.

Major Ralls began his career in the military as a Private. He was a combat engineer with the 82nd Airborne Division at Fort Bragg, North Carolina. After auditioning with the band at Fort Bragg, Major Ralls became a trumpet player with the band. He attended the Army School of Music and then served with the 399th Army Band at Fort Leonard Wood, Missouri. After five years of playing in the Army Band program, Major Ralls decided to pursue an education in music. He earned his Bachelor of Music Education from the University of Missouri-Columbia and a Master of Music from Old Dominion University.

Major Ralls was commissioned in April of 2004 as an AG officer with the U.S. Army Reserve, where he served as an Executive Officer and Commander of a Basic Combat Training (BCT) Unit. Major Ralls was deployed on a Military Transition Team (MiTT) for Operation Iraqi Freedom in 2005 and 2006, where he served with the 3rd Special Forces Group, the 3rd Armored Cavalry, and later the 101st Airborne Division as well. Upon his return in 2006, Major Ralls reassumed command of his BCT Company before becoming the Aide-de-Camp to Brigadier General Robert Stall. In 2008, Major Ralls was selected to become an Army Band Officer and assigned as the Executive Officer of the Army School of Music, followed by an assignment as the Executive Officer and Director of the U.S. Army Europe Soldiers Chorus. He served as the Commander, Deputy Commandant, and Director of Training at the Army School of Music. Major Ralls was selected for the resident Command and General Staff College (CGSC) in 2016. Upon graduation from CGSC, he assumed command of the 82nd Airborne Division Band and Chorus at Fort Bragg, North Carolina prior to his arrival at West Point. He has performed and conducted all over the world to include Moscow, London, Berlin, Normandy, and Carnegie Hall to name a few.

Major Ralls is married to Jennifer, his wife of over 24 years and is the proud father of two children, Zach and Jordan. 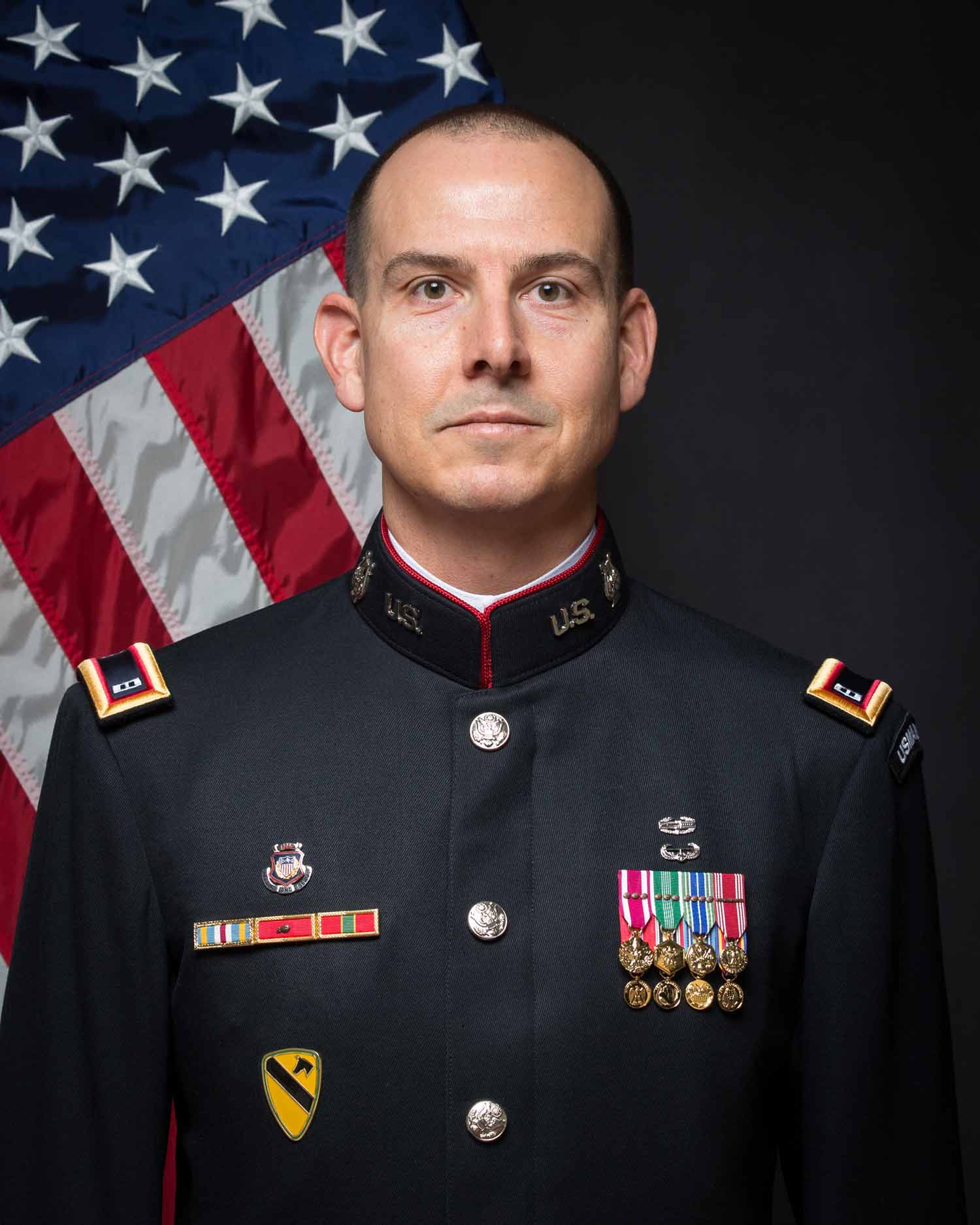 Chief Warrant Officer 2 Charles A. Doswell IV was assigned to the United States Military Academy Band at West Point, New York, as the Associate Bandmaster in August 2018. Originally from Norman, Oklahoma, Mr. Doswell graduated from the University of Oklahoma in 1998 with a Bachelor of Music in trombone performance. He then attended Indiana University pursuing a Master of Music in trombone performance.

He enlisted in the Army in 2002 as a trombone player and served in a variety of enlisted assignments to include 1st Cavalry Division Band, Fort Hood, Texas; the USAREUR Band and Chorus, Heidelberg Germany; and the Directorate of Training and Doctrine at the U.S. Army School of Music, Virginia Beach, Virginia. 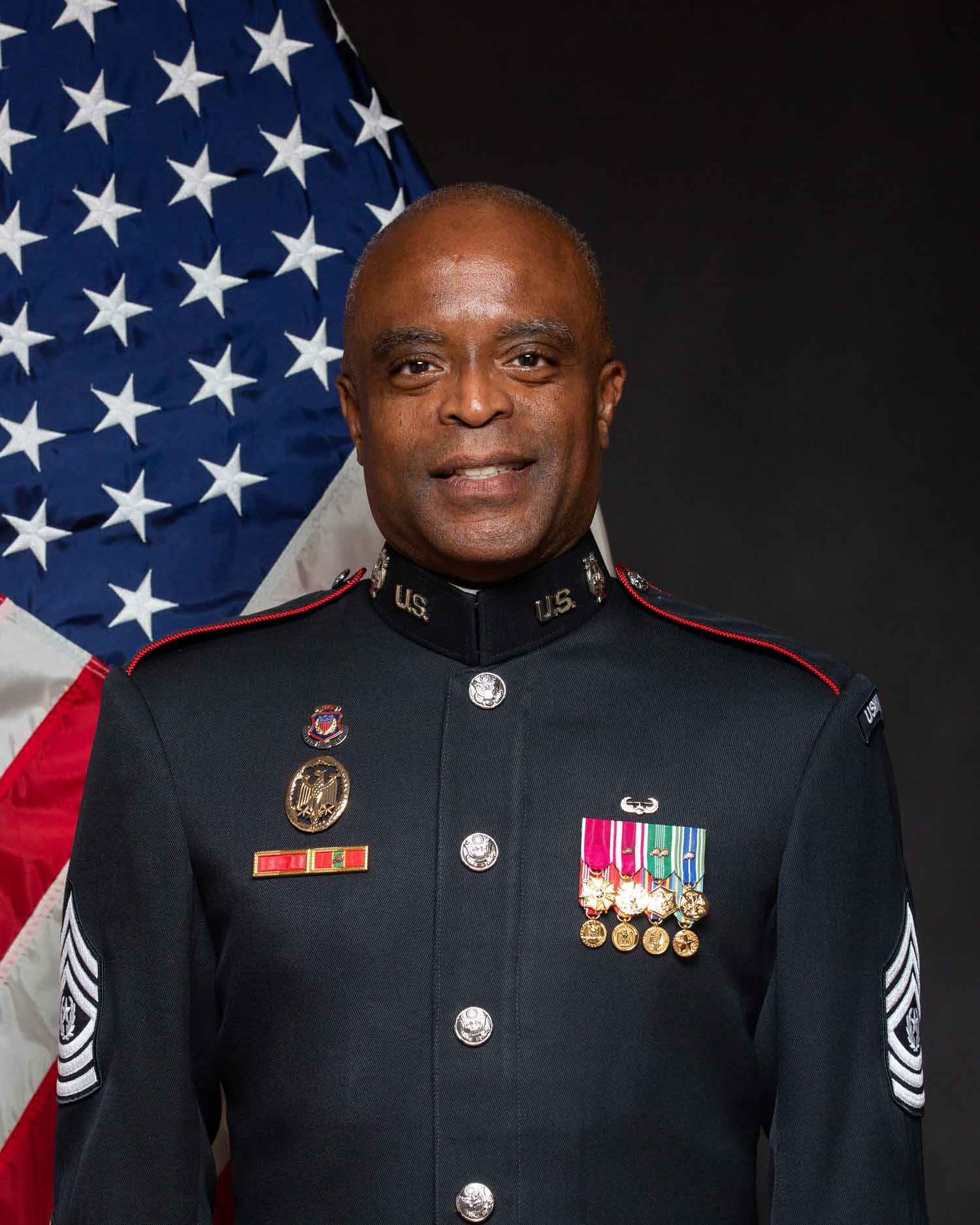 Command Sergeant Major Mullins returned to military service in 1995 by joining the Army Ground Forces Band at Ft. McPherson in Atlanta, Georgia, as principal oboe. He then joined the West Point Band in 1996 as the assistant principal oboe and solo English horn. He has served in numerous leadership positions with the West Point Band, including Woodwind Group Leader and Administrative NCOIC. In 2008, he became the Concert Band NCOIC and was assigned to serve as Family and Support Division Sergeant Major.

Command Sergeant Major Mullins served as principal oboe in the concert band from 2002 to 2010, during which time he performed throughout the country. He also served as the oboist of the Academy Wind Quintet from 1996 to 2013, performing recitals for diverse audiences from coast to coast.

Command Sergeant Major Mullins has continued to further his military education and training, including attending Pre-Command and Command Sergeants Major Course at Fort Leavenworth in 2013; graduating from Air Assault School in 2014; and completing Equal Opportunity Leaders Course and Lean Six Sigma training in 2016.