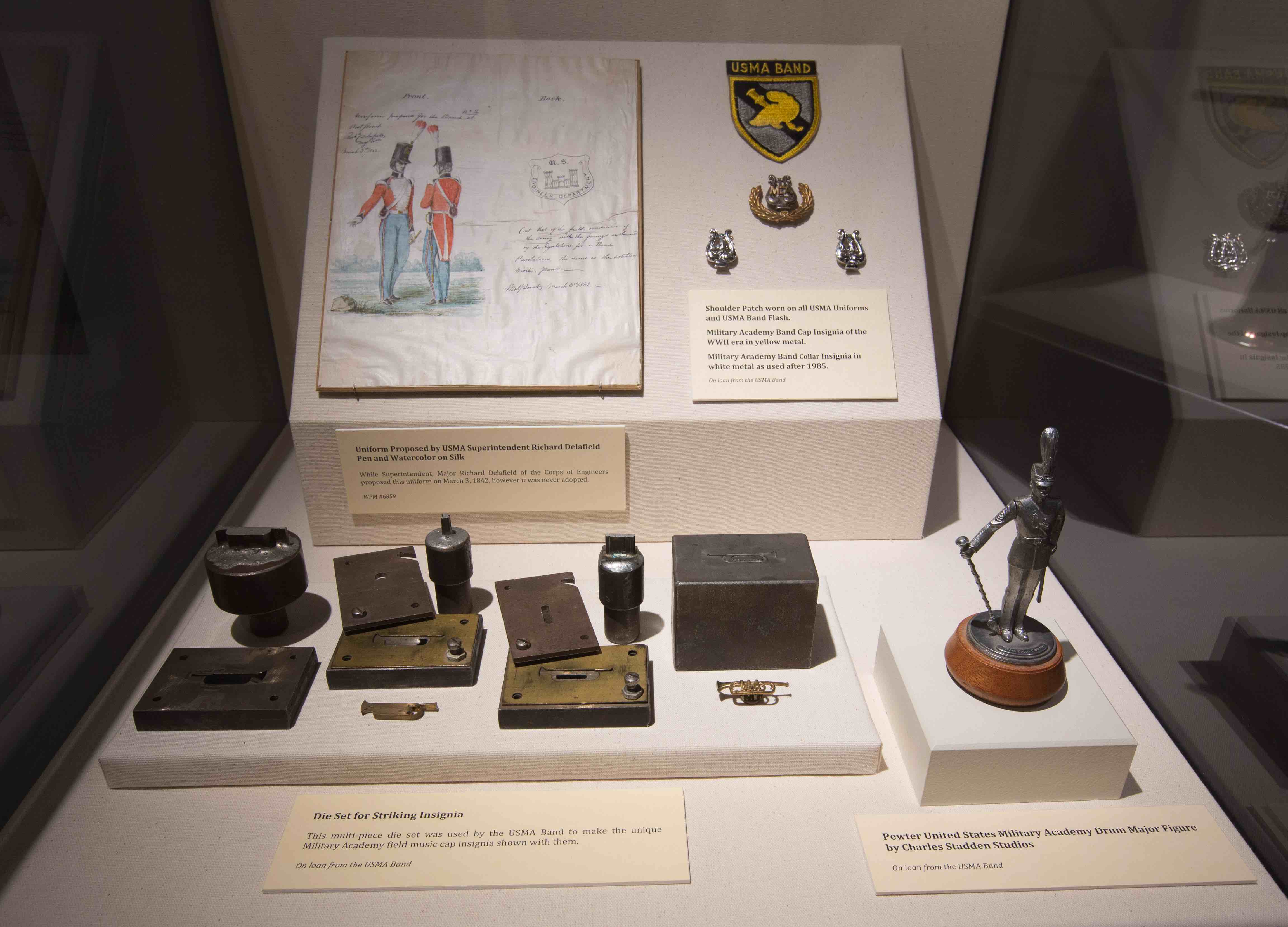 The West Point Band's rich history comes alive in this digital collection of significant items and their stories, displayed as part of the West Point Museum's 2017 exhibit commemorating the band's bicentennial.

Dive into the band's 200-year legacy with this interactive timeline that covers the many significant events in which the West Point Band has participated over the course of its storied history.

Established by an Act of Congress on June 8, 1817, the West Point Band is the Army’s oldest band and the oldest continuously-operating unit at West Point. It traces its lineage to the field musicians left to maintain the tradition of military music after the Revolutionary War, when General George Washington established the post in 1778. Over the next 200 years, the band evolved into one of the most capable and versatile professional performing groups in the world. Its mission is unique: to provide world-class music to train, educate, and inspire the Corps of Cadets, and to serve as ambassadors of the United States Military Academy and the Army to local, national, and international communities.

Many band members hold graduate degrees from the world’s finest music schools and all have earned substantial professional musical achievements prior to serving their country as professional musicians. The organization fulfills more than 2,600 official missions annually, including military and patriotic ceremonies, public concerts, parades, professional and collegiate sporting events, as well as numerous ceremonies and special events for the Corps of Cadets, the West Point community, New York City, and the broader area of the northeastern United States. Its innovative programs and performances are enjoyed across the globe through television, internet, and radio broadcasts and recordings.

As the senior premier musical representative of the United States Army, the band has appeared at numerous historical events. It performed at the dedication and rededication ceremonies of the Erie Canal; at the St. Louis, Chicago, and New York World's Fairs; at Grand Central Station, the Statue of Liberty, and the battlefield at Gettysburg; for the funerals of Ulysses S. Grant and Franklin D. Roosevelt, as well as the inaugurations of numerous presidents. Additionally, the West Point Band has collaborated with some of the finest musical ensembles in the country, including the New York Philharmonic and the Boston Pops. Members of the West Point Band have also been showcased at Carnegie Hall and Lincoln Center, The Today Show, Good Morning America, Fox & Friends, 60 Minutes, A&E, CNN, ESPN, and documentaries on the History and Discovery Channels. The band was even featured on its own national broadcast of "A West Point Holiday Show" on Fox News, as well as the 2017 and 2018 Macy's Fourth of July Fireworks soundtrack and television broadcast. The band also maintains a close association with the New York Yankees, utilizing the full performing ensemble and chamber groups for high-profile games.

Additionally, the band serves as a dynamic teaching resource for the Academy. Through its Academic Initiative program, the band collaborates with the departments of English and Philosophy, Geography, History, Behavioral Sciences & Leadership, Military Instruction, Electrical Engineering and Computer Science, and Mathematical Sciences, to provide innovative classes and presentations to enhance the curriculum. In 2017, the band also established the West Point Music Research Center, which collaborates with leading academic departments, research centers, military organizations, and industry to further the understanding of music as a ubiquitous component of cultural and national identity. The center is currently working with Nielsen, Army Research Laboratories, Missouri S&T University, NEA Creative Forces, and several academic departments at West Point.

As performers and educators, the musicians of the West Point Band continue to present innovative performances and productions while providing the Corps of Cadets with a piece of living history.