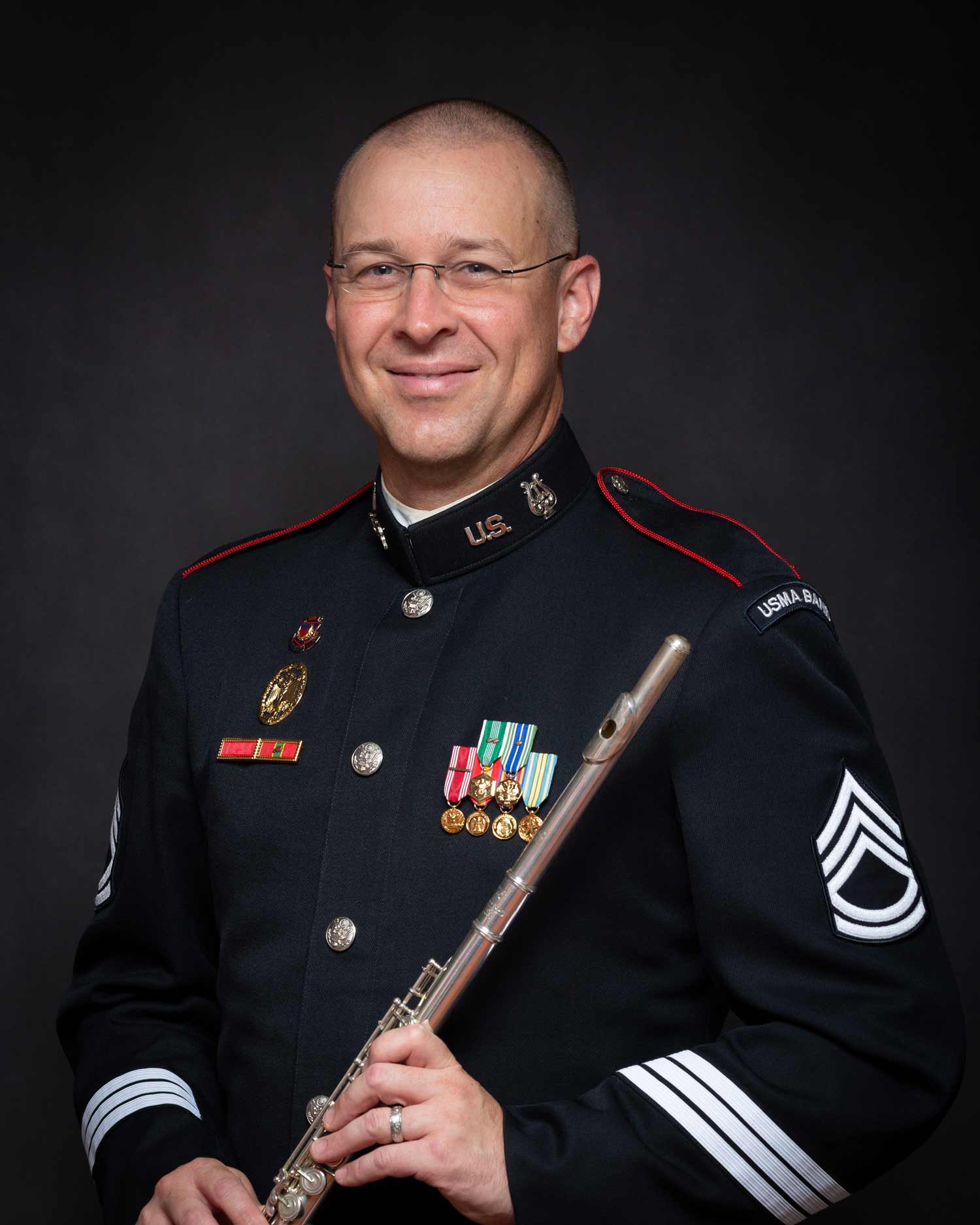 Sergeant First Class Torin Olsen joined the West Point Band in April of 2010. In 2001, he received his Bachelor of Music from the University of Southern California where he studied with Jim Walker, a former member of the West Point Band. He earned his Master of Music from Duquesne University under the tutelage of Pittsburgh Symphony Orchestra flutist Damian Bursill-Hall in 2006. Prior to this, he studied under Robert Langevin and Geralyn Coticone. Sergeant First Class Olsen has performed with many musical groups including the Warren Philharmonic, Johnstown Symphony Orchestra, Erie Philharmonic, W.D. Packard Concert Band, the McKeesport Symphony Orchestra, Vent Nouveau, and the Albany Symphony. He gave the world premiere of Todd Goodman’s “Echos,” a concerto for piccolo and orchestra, with the McKeesport Symphony in 2007. An avid chamber musician, Sergeant First Class Olsen was a founding member of Pittsburgh-based woodwind quintet Zephyrs, and formed the chamber group "The Olsen Duo" along with his flutist wife Brianne. He also performs for ceremonies, recitals, and official functions with the West Point Band’s Academy Wind Quintet. 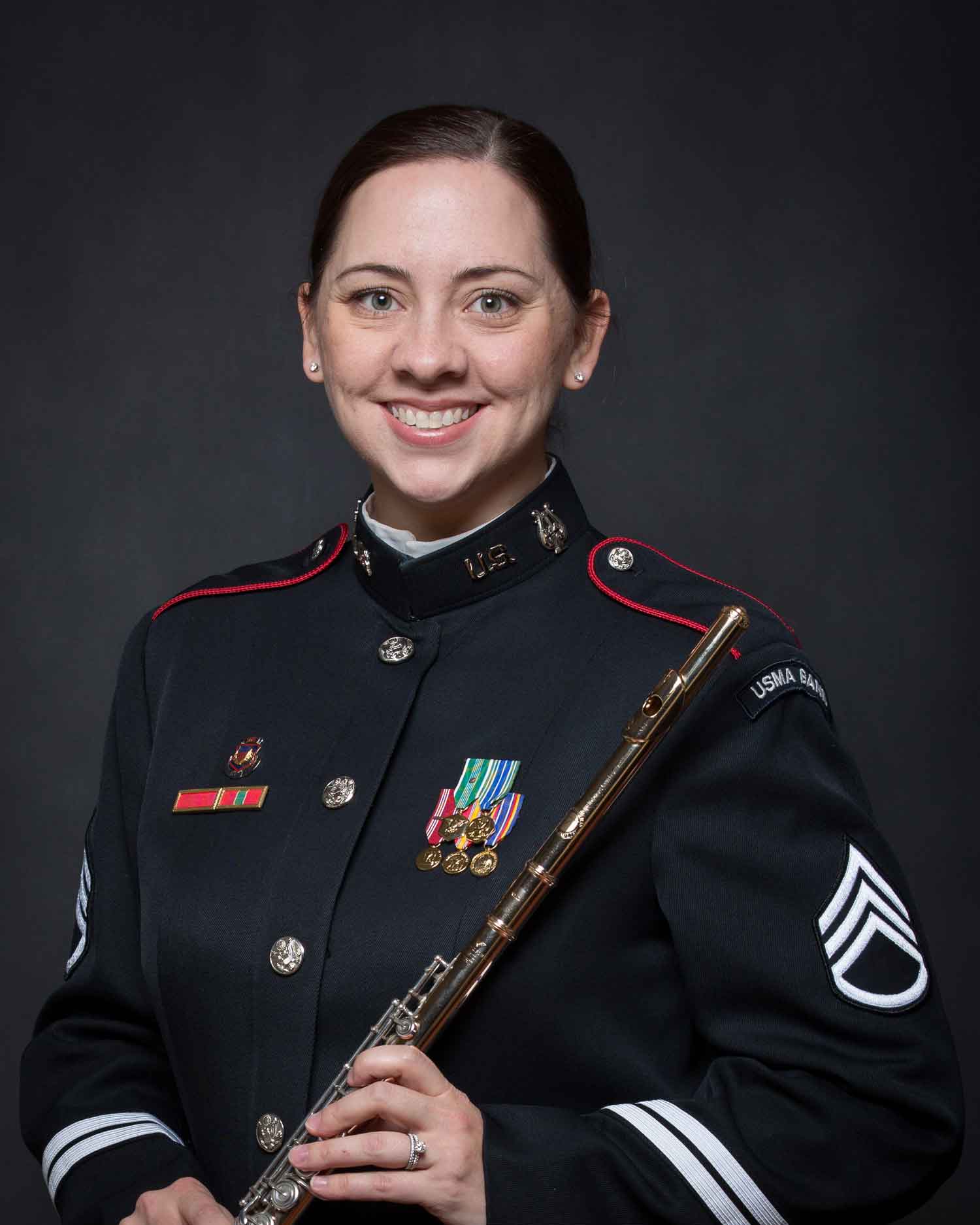 Staff Sergeant Megan Cardone joined the West Point Band in March of 2011. Before her arrival, she lived in New York City as a Kenan Fellow at the Lincoln Center Institute. While in New York, she won second prize in the Alexander and Buono International Flute Competition. Staff Sergeant Cardone earned her Bachelor of Music, magna cum laude, in 2008 from The University of Central Florida, where she won the Presser Scholar Award. She graduated in 2010 with a Master of Music from the University of North Carolina School of the Arts, where she won the 2009 concerto competition and was awarded for her excellence as a studio teaching assistant in Dr. Tadeu Coelho's flute studio. Staff Sergeant Cardone was also the 2008 winner of the Florida Flute Association Young Artists Competition. Staff Sergeant Cardone has been a member of the West Point Woodwind Quintet since 2011. She is also a passionate portrait photographer and enjoys spending time with her husband David and her two sons Lucas and Henry. 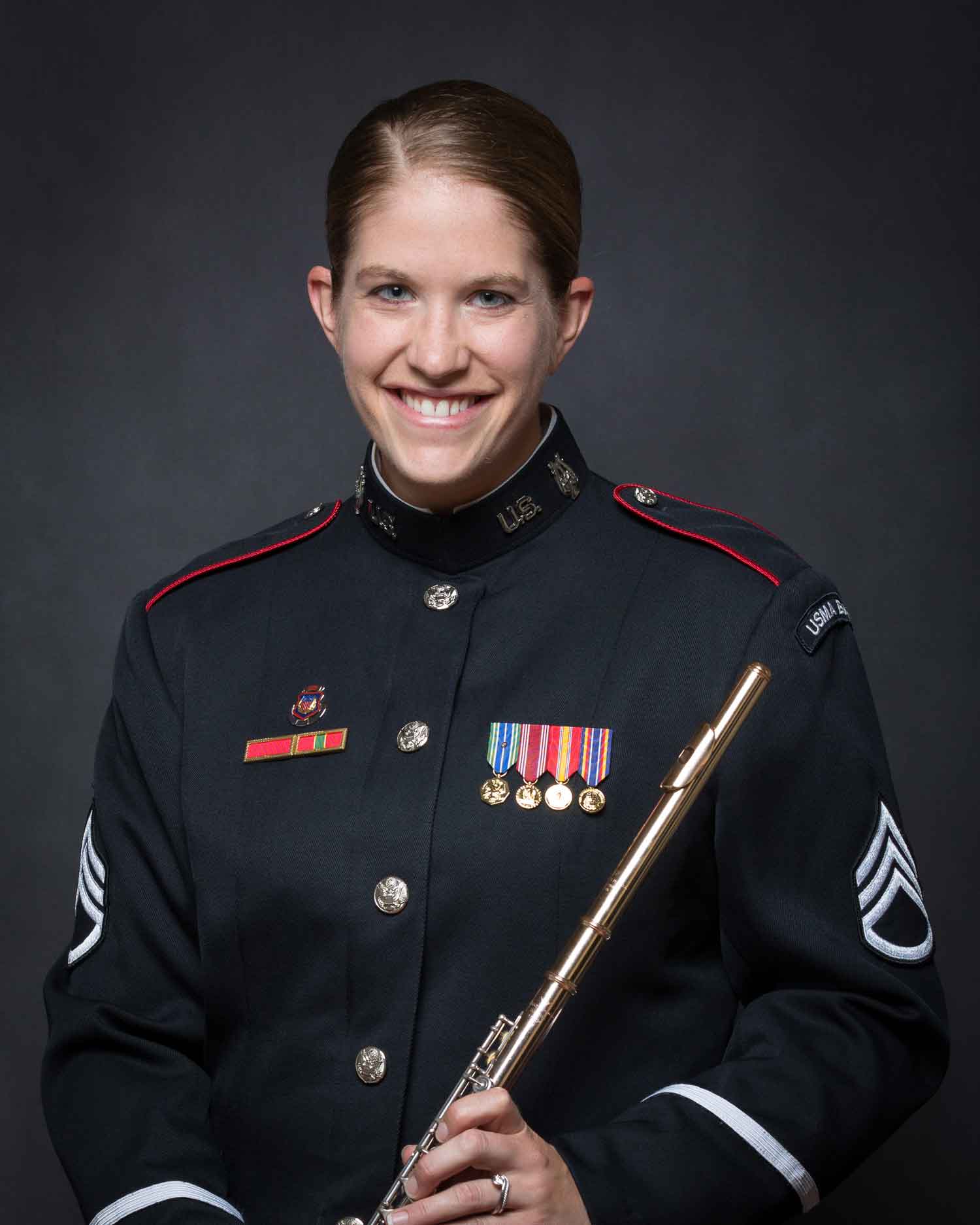 Staff Sergeant Katrina Owens joined the West Point Band as a piccolo player in May 2014. Originally from McLean, Virginia, she holds performance degrees from the University of North Texas and George Mason University, and has studied with Dr. Mary Karen Clardy, Dr. Elizabeth McNutt, and Judith Lapple. While at the University of North Texas, Staff Sergeant Owens performed with the Symphony Orchestra, Wind Symphony, Opera Orchestra, Flute Choir, and NOVA new music ensemble. In addition to performing as a soloist with local high schools, universities, and community bands, Staff Sergeant Owens has been featured on the West Point Band’s Holiday Show and Labor Day concert.

Before joining the West Point Band, Staff Sergeant Owens performed in the Dallas area with the Madera Wind Quintet and the Lone Star Wind Orchestra. She has also performed with the Ohio Light Opera and the Franco-American Vocal Academy Orchestra in Perigueux, France. Part of numerous recording projects, Staff Sergeant Owens can be heard on Naxos, Crescent Phase, Troy, GIA Publications, and Mark Custom labels.