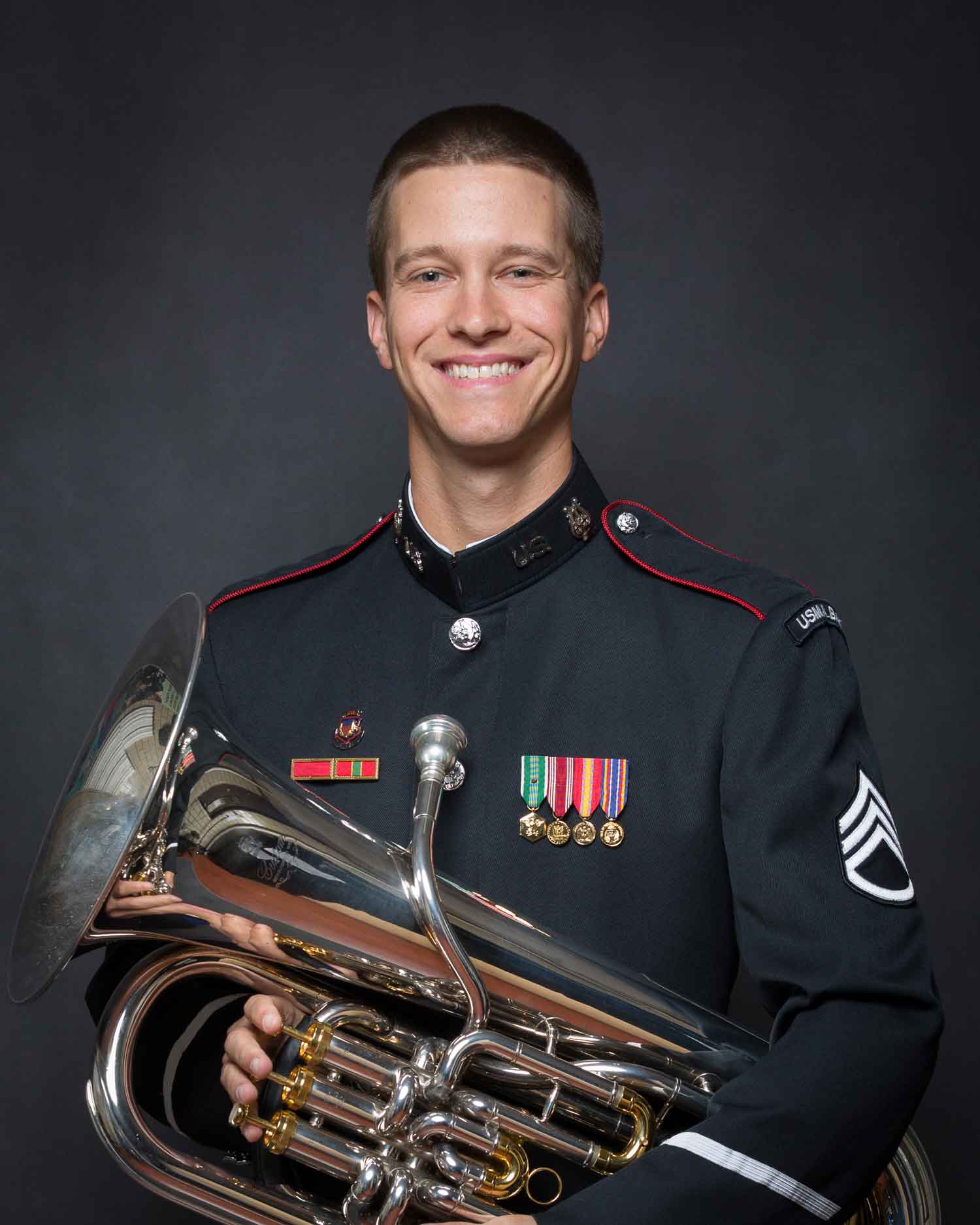 Staff Sergeant Philip Broome is a native of Atlanta, Georgia, and joined the euphonium section of the West Point Band in September 2012. He was then appointed principal euphonium in the fall of 2015. Staff Sergeant Broome earned both his Bachelor of Music and Master of Music in music performance from Columbus State University in Columbus, Georgia, where he studied with Andrew Miller, principal tuba of the Alabama Symphony Orchestra. While attending Columbus State, he competed in many prestigious international euphonium competitions as a finalist, including the Leonard Falcone International Euphonium Tuba Competition and the ITEC Artist Euphonium Competition in Linz, Austria.
‍
Prior to picking up the euphonium while in his first year of college, Staff Sergeant Broome was a successful trumpet player, starting out on cornet in the fourth grade. He was brought up in the Salvation Army Brass Band tradition, owing much of his early musical training to Salvation Army Music Programs in the Southeast United States. Staff Sergeant Broome continues to be active as a musician and educator in that community. Before joining the West Point Band, he was principal euphonium of the Southern Territorial Band of the Salvation Army from 2009 to 2012.
‍
As a soloist, Staff Sergeant Broome has performed with the West Point Band, SUNY Purchase Wind Ensemble, Columbus State University Wind Ensemble, Montclair State University Wind Ensemble, and many other regional Salvation Army Brass Bands. He has also performed recitals and presented master classes at a number of regional and international tuba and euphonium conferences. As a clinician and performer, Staff Sergeant Broome is in high demand at colleges all over the country and currently serves as adjunct euphonium instructor at Montclair State University in Montclair, New Jersey. 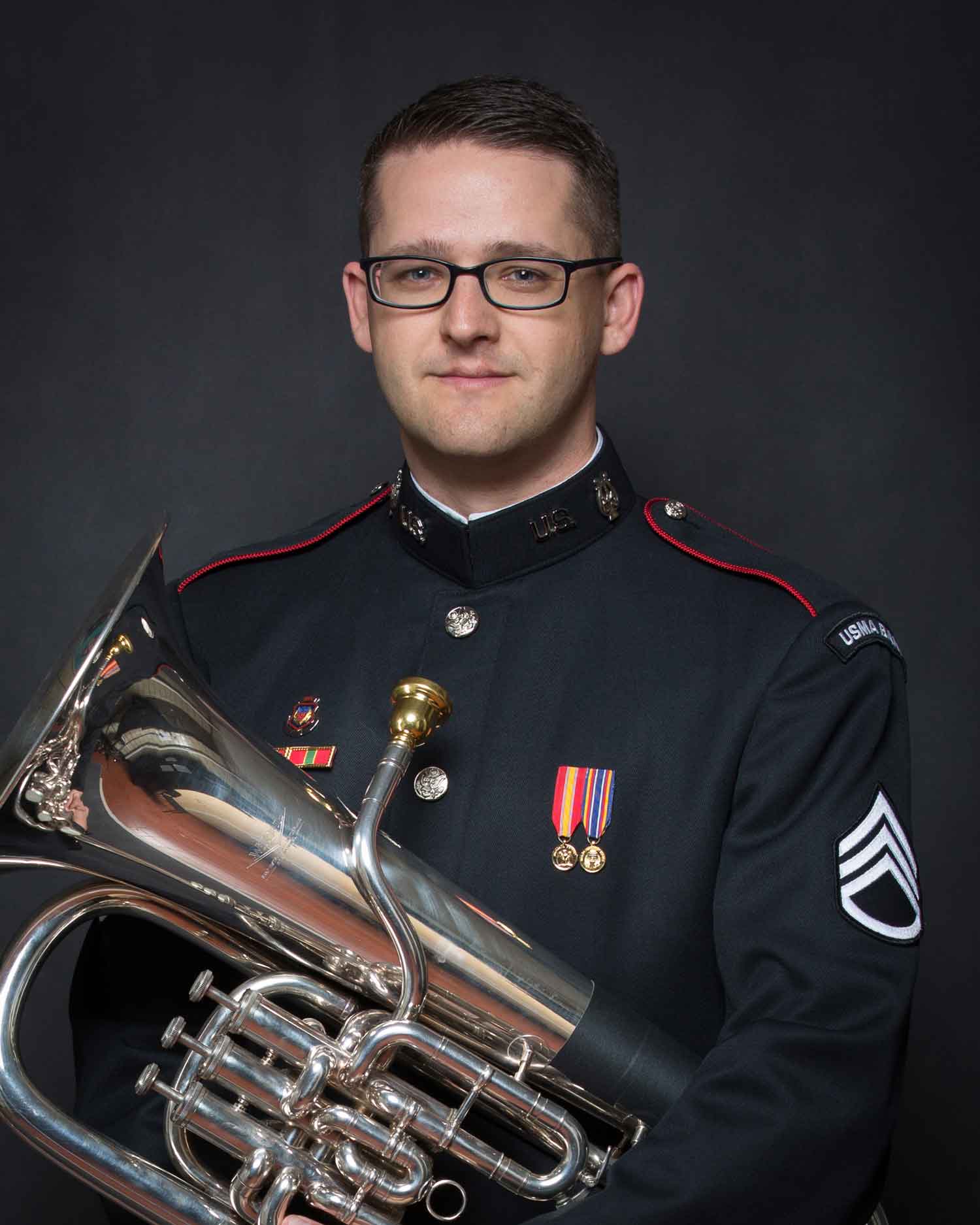 Staff Sergeant Christopher Leslie, originally from Cincinnati, Ohio, joined the West Point Band in September of 2016. He has garnered numerous accolades in his performing career, winning prestigious competitions such as the Leonard Falcone International Euphonium Competition, the ITEA Solo Competition, and the United States Army Band National Collegiate Solo Competition. Staff Sergeant Leslie is a frequent soloist across the country and has performed with the United States Army Band "Pershing's Own," the Indiana University Wind Ensemble, the University of Georgia Wind Ensemble, and the St. Olaf Orchestra. He has served as both a featured soloist and guest conductor with the West Point Band. His solo recordings have received national acclaim, winning ITEA's Roger Bobo Award for Recording Excellence as well as two silver medals from the Global Music Awards.

Staff Sergeant Leslie earned a Bachelor of Music in Music Education from St. Olaf College, a Master of Music in euphonium performance and Performer's Certificate from Indiana University Jacobs School of Music, and a Doctor of Musical Arts from the University of Georgia. His mentors include David Zerkel, Daniel Perantoni, Hiram Diaz, and David Werden.