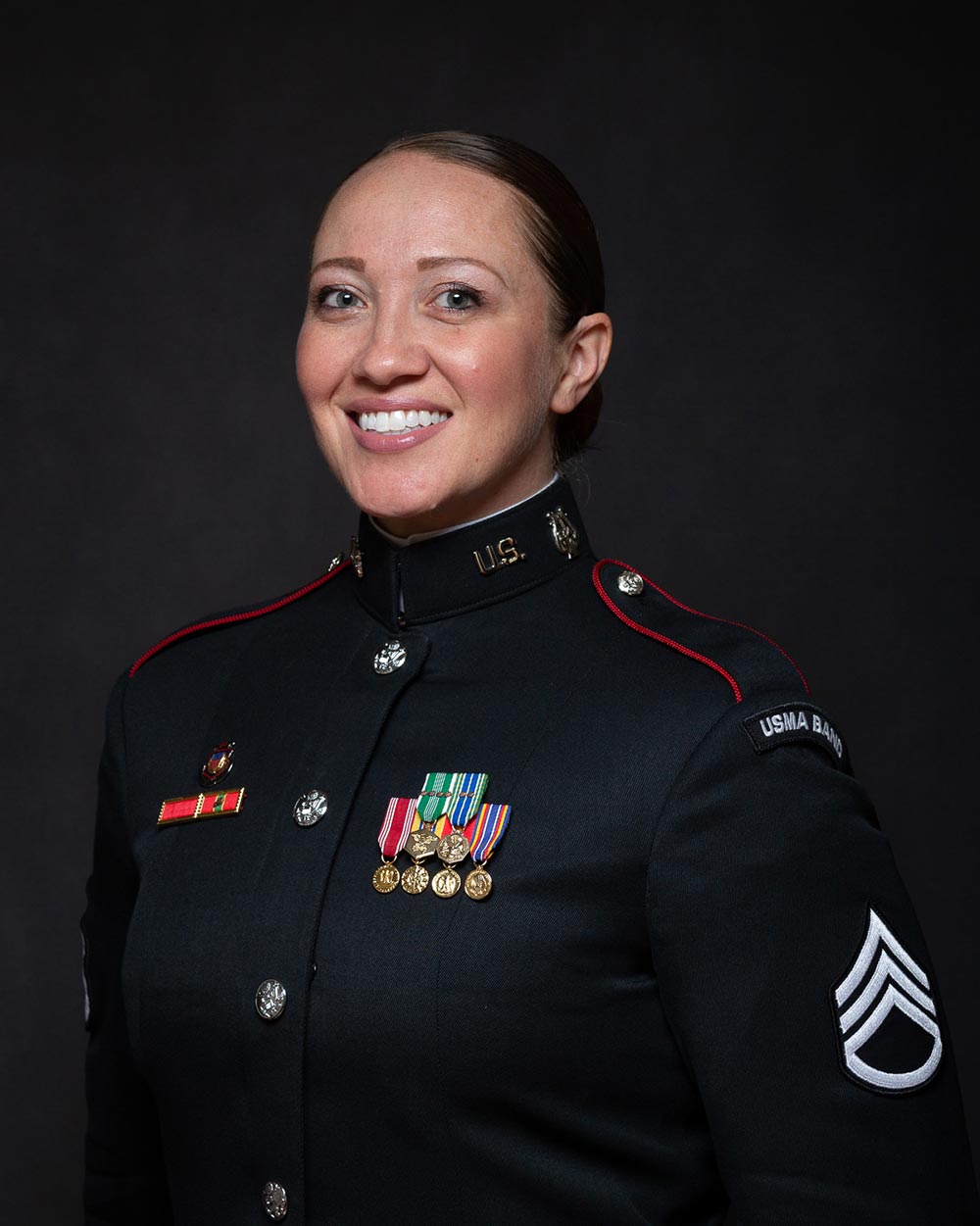 Sergeant First Class Emily 'MJ' McAleesejergins is a vocalist with the Benny Havens Band at West Point. As a three-year-old budding entertainer in Indiana, she immediately knew she wanted to pursue a life in the arts. She attended Butler University as a Vocal Performance and Music Education major, and there discovered the world of Army Music.

Sergeant First Class MJ has been a vocalist for the United States Military for 13 years. She enlisted in the Army National Guard as a vocalist in 2003 and has performed on two U.S. Army Soldier Show tours and has been the lead vocalist with three National Guard Bands. Before coming to West Point, Sergeant First Class MJ lived in Nashville, Tennessee where she performed and taught private lessons. In 2015, Sergeant First Class MJ joined the West Point Band as a vocalist, where she also serves on the production and social media teams. When she's not singing at West Point, you can probably find her doing Zumba in her kitchen, covered in powdered sugar while baking something delicious. 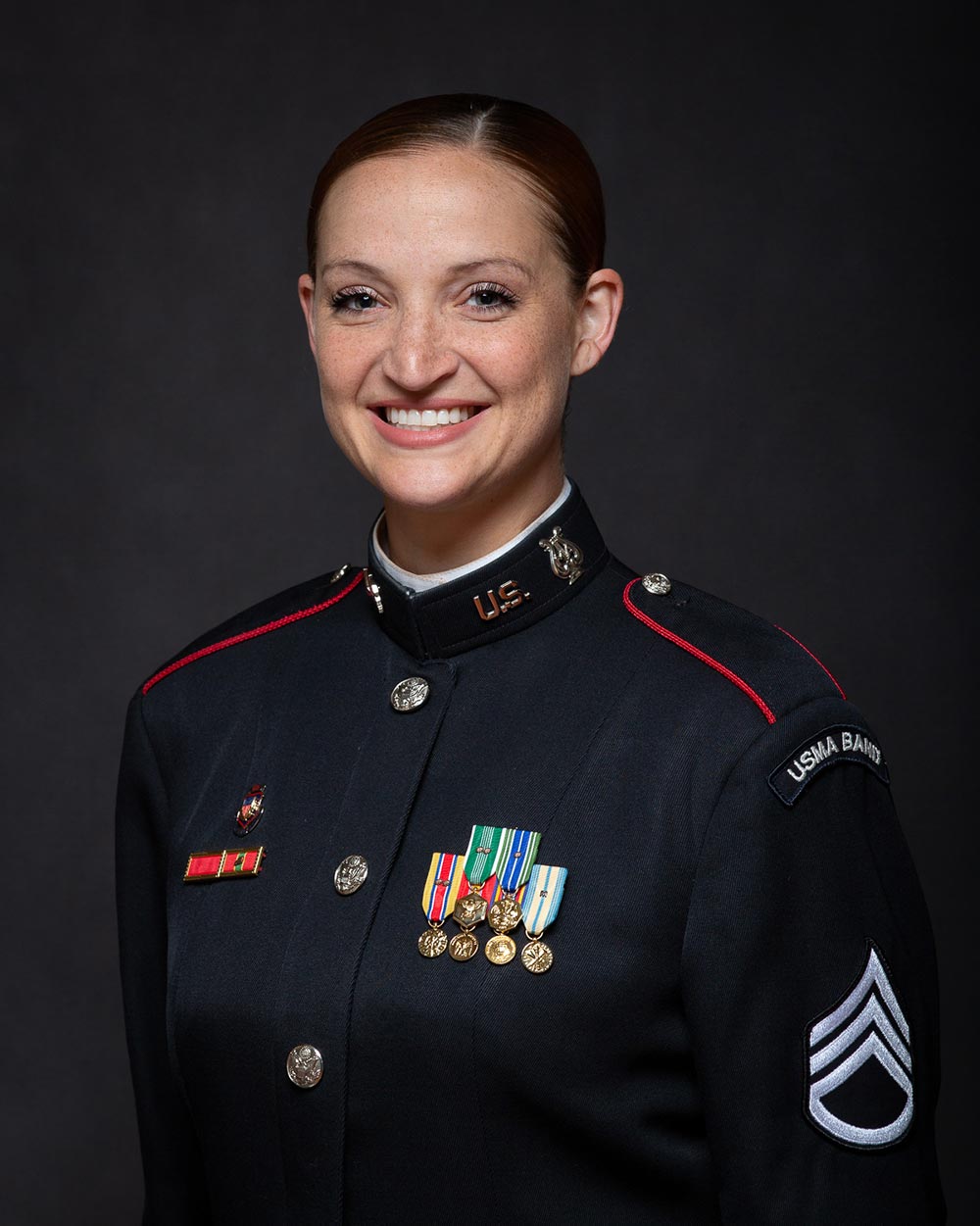 Staff Sergeant Kathrine Walsh joined the West Point Band in 2018 as a vocalist with the Benny Havens Band. Born at Fort Bragg into a military family, she grew up singing in her church choir and participated in her middle and high school bands as a flute and clarinet player. Staff Sergeant Walsh has been a vocalist in the United States Military for 13 years. She began her Army career in the National Guard as a member of the North Carolina Guard Band, and finished in the Kentucky Guard Band. Staff Sergeant Walsh completed two tours with the U.S. Army Soldier Show, performing at various military duty stations in the United States, Asia, and Europe. In addition to her musical talents, she also has a background in lighting and staging. Her off-duty interests include horseback riding, Forumla 1 racing, and outdoor activities with her husband, son, and two vizslas, Penny and Goose. 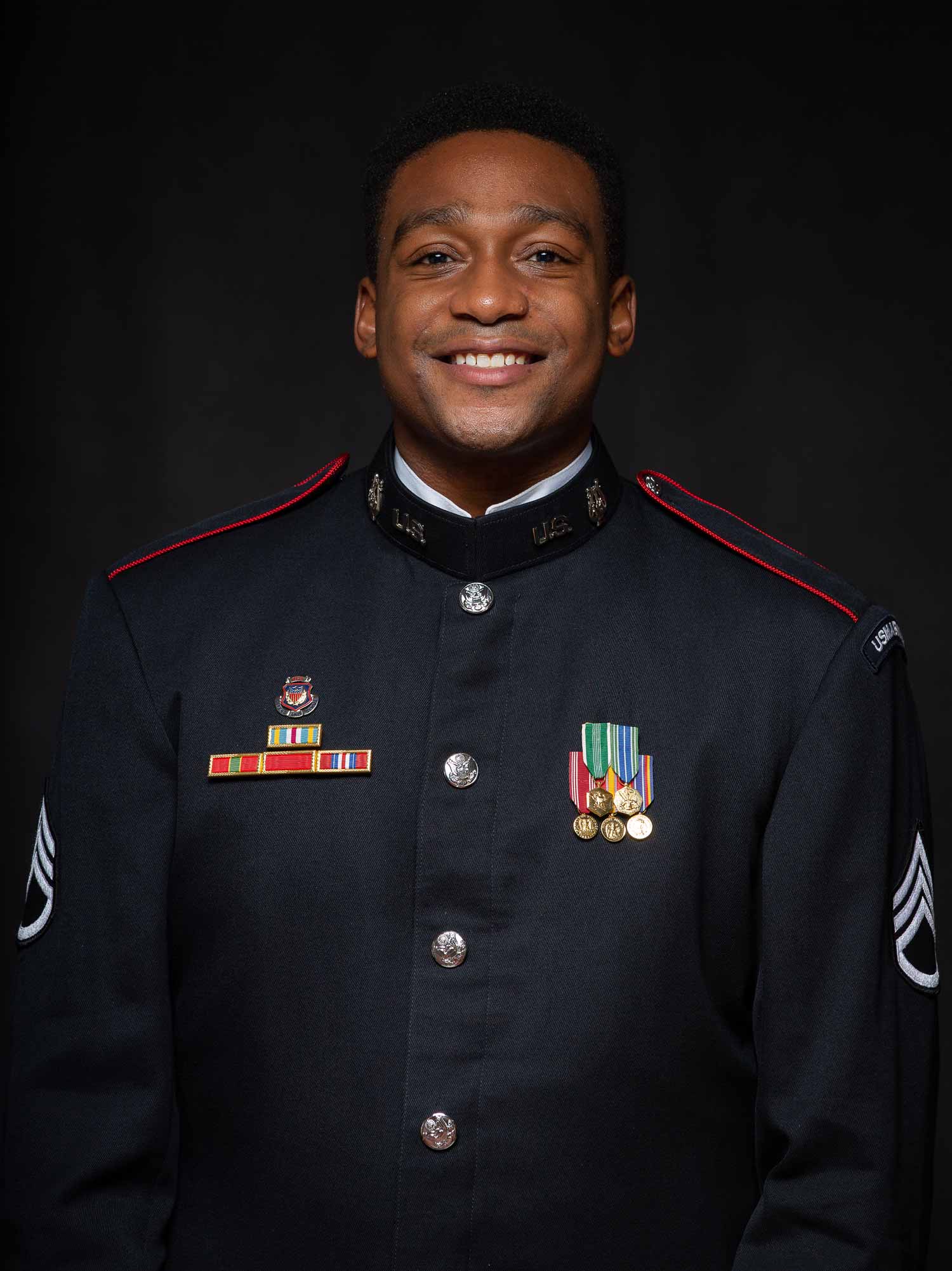 Staff Sergeant Philip Morris is a vocalist with the Benny Havens Band. After joining the Army in 2011, Staff Sgt. Morris started his military career as an Automated Logistics Specialist, and later became an Army Musician in 2015 after he was cast in the U.S. Army Soldier Show. From the days of sitting in the back of his parents’ Grand Am, Staff Sgt. Morris always had a passion for singing. His love of music led to performances at the Apollo Theater, where he opened for popular artists Ginuwine, Donnell Jones, and Kelly Price. In 2017 he became a vocalist in the 1st Armored Division Band, and in 2021 he joined the West Point Band. When he is not singing, Staff Sgt. Morris enjoys playing basketball, video games, and family game nights with his wife and two sons.